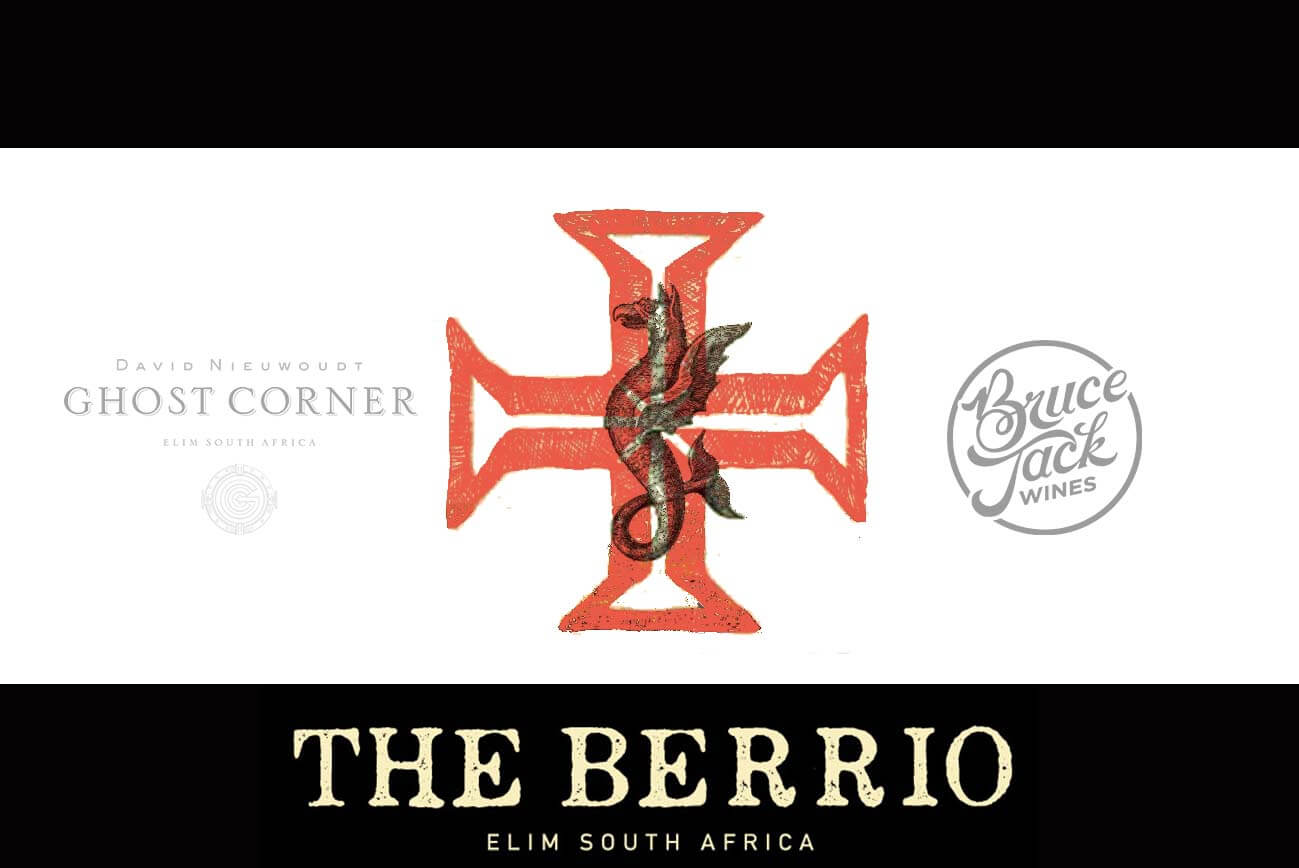 21 years ago, The Berrio wine project was launched by viticulturalist and winegrape farmer, Francis Pratt and winemaker, Bruce Jack.

Because Bruce spent many formative years as a boy in the Agulhas region, he chose to analyse the Elim wine ward for a university viticultural project in the mid-1990s. Coincidentally his old friend, Francis, was planning (with neighbours Dirk Human of Black Oystercatcher and Johan de Kock of Zoetendal), a pioneering winemaking joint venture.

By 2000 there were extra grapes available from Francis’ farm and The Berrio was born. Named after a remarkable little ship with a fascinating history that led Vasco da Gama’s challenging expeditionary voyage around Cape Agulhas early in 1497, The Berrio Sauvignon Blanc soon attracted an almost cult-like status among South African wine lovers. A Cabernet joined the ranks in 2003, and in 2006, a white blend of Sauvignon Blanc and Semillon called Weather Girl was added to the range.  It wasn’t long before it was listed widely overseas, even leading the South African Fine Wine charge at Tesco.

In 2008 Bruce sold his Flagstone business and in that process was required to give up all his joint ventures, including The Berrio. Francis assumed ownership of the brand and began making the wine in Elim from the 2009 vintage (in 2009 he was assisted by winemaker Trizanne Barnard). He continued to make the wine in the Black Oystercatcher winery next door until 2014, when David Nieuwoudt from Ghost Corner Wines and Cederberg Winery joined Francis in the viticultural side of the business and, from 2014 to 2019, made The Berrio range for Francis (which now included a highly awarded Syrah).

Despite being lovingly cared for over the last two decades by different winemakers, the wine has consistently kept a distinctive sense of place and remarkable purity of flavour. Every vintage has performed extremely well in wine competitions and, more importantly, in the marketplace.

Unfortunately, the 20th vintage (2020) wasn’t made, but in early 2021 Bruce and Francis agreed a new partnership to craft The Berrio. By kind arrangement with David Nieuwoudt, the grapes will continue to come from Francis’ farm, and the wines will once again be made by Bruce and his team.

It will come as great news to loyal fans that The Berrio will soon be available again – same brilliant grapes and now, completing the circle of time, with the original team who launched what has been described by commentators as a South African icon. We are aiming to release the new vintage in August 2021, which is looking absolutely spectacular – maybe as good as the fabled 2007.

Thank you to all the winemakers who have looked after this special wine so well to date! The Berrio sails again!