The Wine of Artmaking 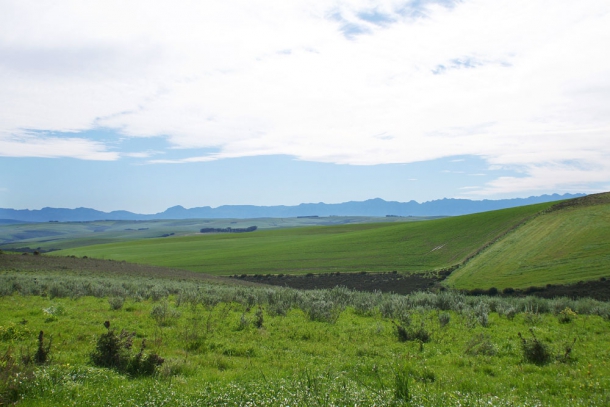 “Art is the means we have of undoing the damage of haste.
It's what everything else isn't.”

I love this quote. In our world of rushed irrelevance, we seem to have lost the ability to just be comfortable in the now, in the present. Haste steals foresight and so we neglect to build in transition time. Similarly, haste disconnects so many of us from the accumulation of seasons – those annual layerings of life’s experience that define our natural decay. If we fall out of sync with seasons, it’s easier to ignore our dying. And so we forget to live.

Great art can undo some of this spiritual self-destruction by offering insight and perspective, and I believe, on rare occasions, this is what great wine can also do. This is the only way winemaking can be compared with art.

It was obvious on my second or third visit to the farm (while gathering climatic data here in the mid 1990s) that sorrow and hardship were entwined into the bluegum branches like tree snakes. Back then this farm felt forlorn. Even the songbirds were a bit self-conscious.

But below the surface, the land was welcoming. Like the guarded embrace of last night’s embers, the warmth was waiting patiently just below, demonstrating extraordinary resilience – I guess, like the human equivalent of hope or perhaps bravery. Sometimes, you actually feel the warmth through your shoes on long walks. I know that sounds weird, but I am not the only one who feels it.

Our neighbour, Oom Thys de Villiers, believes that farms have a soul.

“Sure they need to look smart on the surface, Bruce,” he says, in his measured way, “But farms need to be productive and proud.”

When we cross a boundary – throwing the first punch or planting a kiss – life changes. Sometimes for the better, sometimes not; but it’s never the same again.

When man (or woman, of course) expose life below the surface of land by farming, he or she crosses a boundary by disturbing the soil, by trying to control something of it. Nothing can be the same for a long, long time afterwards.

Untouched land is just land. This, in itself, is inevitably more beautiful. But land that is worked, that supports lives and dreams – that’s what we call a farm.

Farms develop different souls once the soil is prized open. Unattainable, natural splendour is progressively and inextricably intertwined with the ambitions, however flawed, of man.

The Drift Farm was purchased by my father after he resigned from the V&A Waterfront. He allowed me to plant some vineyards amongst his olive groves, his dam building projects, his organic vegetables and various other farming experimentations. Most importantly, it was a sanctuary and inspiration for my mother.

Many years ago now, I planted the first vineyard with a small team on a hot, windy day, far too late in the season for recommended planting. It was the first vineyard I had planted and I made a lot of mistakes. A few months before, a bulldozer had ripped into the soil with brutal efficiency, exposing a million years of sedimentation and melodic decomposition in a week of disconsolate diesel fumes.

We etched out the first vineyard in this wheat and sheep country and now it producers the most magnificent Malbec grapes I have ever had the privilege of working with. Small blocks of other varieties soon followed.

The Drift has extraordinary stories to tell. There are stories of the mountains: how they were formed hundreds of millions of years ago and how they have come to be weathered into hills and strata – so beguiling to the eye, it hurts to turn away from them.

The first inhabitants of this ancient valley, ancestors of us all – the unhappy family called the human species – farmed with endemic sheep, created art and died here. On a high, north-facing mountain slope, I’ve walked among the ancient graves after the fire exposed them. They bred huge dogs to guard their flocks from leopards. These dogs had a distinct ridge of hair on their backs and are believed to be the forerunners of the Rhodesian Ridgeback. I’ve marvelled at a long, winding, dry-stone wall above the vineyards that some claim is older than Stonehenge.

There are stories of the first ex-European farm owners who brought Angora goats, steel ploughs and Merino sheep. The Australian sheep industry started with Merino sheep farmed in this valley. And many of the horses involved in the infamous and heralded “Charge of the Light Brigade” in the Crimean War were bred here.

There are more recent stories of life on The Drift – how this was once a famous farm for growing the most delicious onions in South Africa. And as we’ve reinvigorate that tradition, there are new stories all the time.

The stories I want to share through my wine are set in this intriguing amphitheatre of living history. However, my skills and my medium can’t hope to encompass this vastness.

Instead, I must home in on individual aspects of slope and other influences of geography I can grasp. I call this the energy of memory. It is that special difference great wine embodies.

Mostly ungraspable, however, is climate. This element translates into a colourful, irrepressible soundtrack booming from the glass. I can weave millennia into a single sniff by simply exposing the soil, but the torque of tannin, the grip of climate, is always a surprise.

And the exuberance of flavour mesmerizes me, to the point where I know deeply that I am only a very small part of the work.

The wines end up telling cyclical stories of resolution in the face of nature’s ever-changing mood-swings – the seasons and their teasing aberations. And they tell stories that cannot be told anywhere else, because there is nowhere else on earth like The Drift Farm.

On a fundamental level, they reflect the successes and the failures of our farming interference. They expose the heartbreak and celebrate the joy. They reveal our frustrations, love, hesitations and our pride.

On a spiritual level, the wines made from this farm merge the perfection of the natural world with the imperfection, however noble, of a farmer’s ambition and a winemaker’s obsession. And so, in the same way the wind-still surface of a dam reflects the sky, these wines reflect the soul of this farm.

Thus, these wines connect a farm to a consumer, land to a questioning mind and nature to a fellow human being. And in so doing, they have the ability to undo the damage done by haste.

Love, light and a glass of The Drift wine!