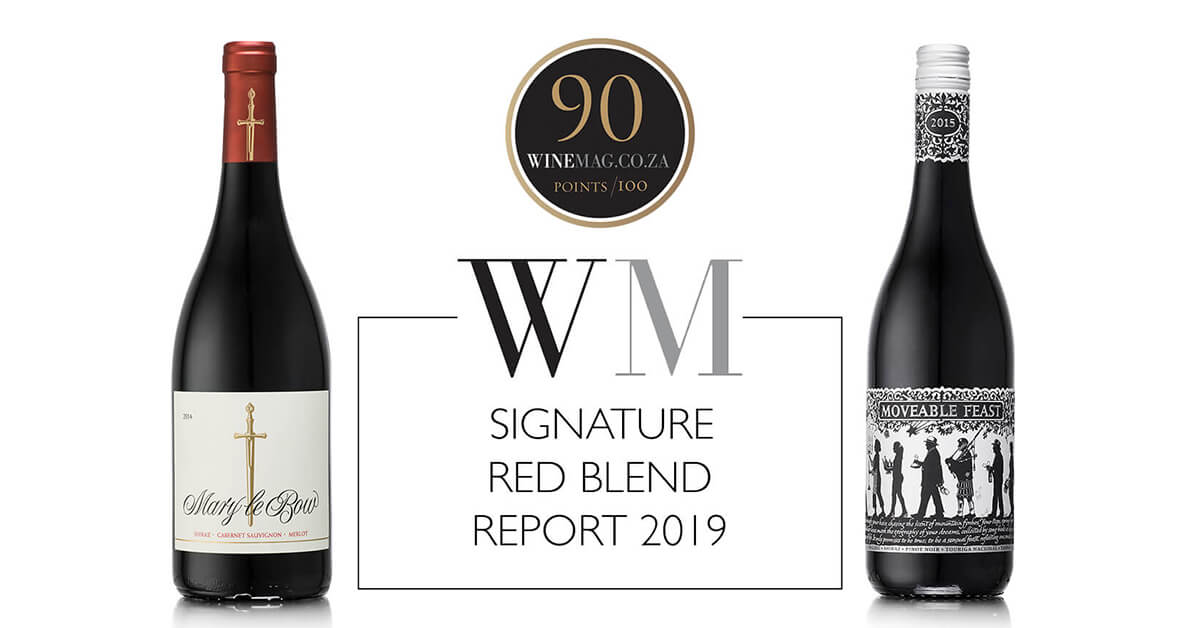 Winemag.co.za has just released its fourth annual Signature Red Blend Report, the aim of the exercise being to reward winemakers who are prepared to try something a little different, wines included “distinctive of their originators”.

To elaborate, we see no reason why South African winemakers should be bound solely by the Bordeaux model when it comes to creating great blended red wine. Perhaps the Rhône is a better reference point given local growing conditions while the so-called “Cape Blend” incorporating Pinotage potentially gives us a unique selling proposition. Then, of course, there are the red blends of yesteryear – Alto Rouge, Chateau Libertas and Rustenberg Dry Red to name but three – which conformed to no particular model but are revered for their complexity and longevity.

Instead of the usual practice of dividing the various wines submitted into various sub-groups according to style (Pinotage-based vs Shiraz-based being the differentiation most usually made), we tasted them as one continuous line-up – the thinking being that the fundamentals of wine appreciation such as complexity and balance should apply when it came to making quality assessments.

58 entries were received from 42 producers for this year’s competition. These were tasted blind (labels out of sight) by the three-person panel, scoring done according to the 100-point quality scale.

The top 12 wines (with rating alongside) are as follows:

The Drift Estate Moveable Feast 2015 and Mary le Bow 2014, didn’t make the Top 12 but both wines were top performers in this category, each receiving 90 points. To purchase a bottle click here.

To read the report in full, including key findings, tasting notes for the top 12 and scores on the 100-point quality scale for all wines entered, go Winemag.co.za.